Just 8 cancers (ovary, myeloma, brain, stomach, esophagus, lung, liver, and pancreas) will cause nearly half of all cancer deaths in 2014.

Joining a deadly cancers “club” is not on anyone’s wish list. Yet Liver Cancer Connect, a dedicated program of the Hepatitis B Foundation, welcomed the opportunity to become a member of the Deadliest Cancers Coalition.

The Coalition was established in 2008 by the Pancreatic Cancer Action Network and other patient advocacy organizations and professional societies.

The group addresses policy issues related to the nation’s deadliest (recalcitrant) cancers. These are defined as the cancers that have 5-year relative survival rates below 50%.

While various types of cancers fit this definition, it is worth noting that nearly half of the 585,720 cancer deaths expected in 2014 will be caused by eight deadly cancers: ovary, myeloma, brain, stomach, esophagus, lung, liver, and pancreas.

Over the past 40 years, the overall 5-year relative survival rate for all cancers has increased from about 50% to 68%. This encouraging progress was mainly thanks to significant federal funding, through the National Institutes of Health (NIH) – the world’s premier supporter of biomedical research – and the National Cancer Institute (NCI). Those federal funds have been matched by investments from pharmaceutical companies, nongovernmental organizations, and states.

But some cancers have not even reached the 50% survival benchmark, let alone surpassed it. To improve survival and outcomes for people with these deadliest cancers, Congress passed the landmark 2012 Recalcitrant Cancer Research Act.  The law calls on NCI, which is a part of NIH, to develop scientific frameworks to help improve outcomes for people who have cancers with very low survival rates.

Unfortunately, continued budget cuts have led to a 23 percent reduction in NIH’s capacity to fund much-needed medical research, including research that can improve survival rates. And the squabbling over future budgets continues.

To stop further funding cuts, the members of the Deadliest Cancers Coalition are rallying their grassroots organizations to contact congressional representatives and urge them to safeguard federal funding for NIH, including NCI.

That some cancers have survival rates below 50% is deeply troubling. But the funding cuts that threaten cancer research are even more disturbing. In fact, they’re deadly. 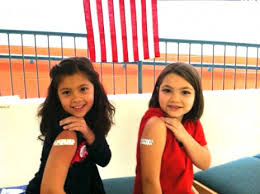 Liver cancer is the world’s second leading cause of cancer deaths, according to the latest World Cancer Report 2014 released by the International Agency for Research on Cancer (IARC), which is the specialized cancer agency of the World Health Organization (WHO). About 800,000 deaths per year are related to liver cancer. END_OF_DOCUMENT_TOKEN_TO_BE_REPLACED

We’ve all heard or seen heartbreaking stories of children with cancer. Ours began in October 2012. Our world turned upside down when our 13-year-old son was diagnosed with fibrolamellar hepatocellular carcinoma (FHC).

END_OF_DOCUMENT_TOKEN_TO_BE_REPLACED

“Our research confirms past claims that coffee is good for your health, and particularly the liver,” said Carlo La Vecchia, MD. (Credit: © volff / Fotolia)

Coffee consumption reduces risk of hepatocellular carcinoma (HCC), the most common type of liver cancer, by about 40 percent, according to an up-to-date meta-analysis published in Clinical Gastroenterology and Hepatology, the official clinical practice journal of the American Gastroenterological Association. Further, some data indicate that three cups of coffee per day reduce liver cancer risk by more than 50 percent. 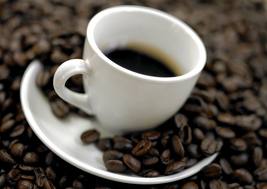