Resources for the Pediatric Outbreaks of Hepatitis <<here>>

Elimination of hepatitis B is the ultimate goal of the Hepatitis B Foundation and the focus of our public health programs. To achieve this goal, we have developed successful community-based programs to increase vaccination, screening and linkage to care to stop the spread of this deadly virus.

To harness the community energy and maintain the momentum, we are building coalitions at the local, national and international levels to improve capacity to ensure that every person knows their hepatitis B status and has access to the care they need to prevent a new infection or treat a chronic infection. Making hepatitis B history is what we aim to do.

In 2008 the HBF created a program to address hepatitis B in its own backyard –Philadelphia. Over the past years the Philadelphia Hep B Coalition has grown into a thriving hepatitis B coalition of 75 members that work together in high-risk communities to educate, screen and link individuals to care. It has also become a model to test promising best practices to improve health outcomes around hepatitis B nationwide. 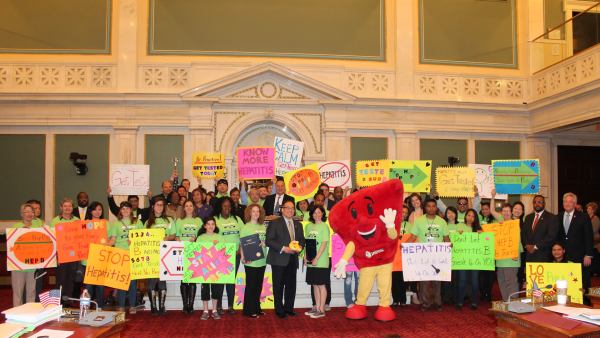 OUR NATIONAL IMPACT:
Hep B United

The HBF, in partnership with the Association of Asian Pacific Community Health Organizations (AAPCHO), created and co-chairs Hep B United, a national coalition of local coalitions across the country working together to increase hepatitis B awareness, screening, vaccination and linkage to care in their own communities. Currently, there are more than 30 members in 26 cities and 15 states.

Hep B United is also proud to be an official partner of the Centers for Disease Control and Prevention and is co-branded with its Know Hepatitis B campaign, their first national multilingual awareness campaign on hepatitis B in the U.S. 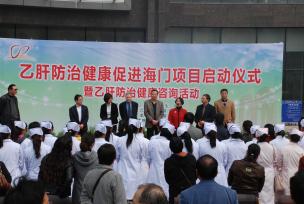 The HBF’s citywide Hepatitis B Awareness Campaign in Haimen City is the first of its kind in China and was started in 2011. The campaign included educating the entire city’s population of 1.1 million people, all of the physicians and schools nurses, and most of the elected officials and community leaders. During one 12-month period, all pregnant women were screened for hepatitis B, and all newborns of infected women received the hepatitis B vaccine and HBIG to prevent a chronic infection.

In addition, 12,000 people were screened for hepatitis B over three months, and 1,800 (15%) tested positive for hepatitis B. Most of these patients enrolled in the HBF’s Patient Empowerment Program, which provides educational materials and strategies to empower patients to take control of their health care and to partner with their physicians to avoid the long-term complications associated with hepatitis B. This program is funded by the Bristol-Myers Squibb Foundation and Haimen City Center for Disease Control.

As we look to the future, we are sharing the lessons learned, best practices developed and strategies for building coalitions through peer-reviewed publications and presentations at professional conferences.

Based on the model of success the HBF has developed in Haimen City, China, we have been asked to join the Vietnam Viral Hepatitis Alliance to address the enormous burden of hepatitis B. Vietnam is located in Southeast Asia where chronic hepatitis B infections are estimated to range between 8-25% of the population. Ho Chi Minh City (formerly known as ‘Saigon’) is located in South Vietnam and has a population of approximately 10 million people. It will be the site of an ambitious public health campaign around hepatitis B that is supported by the local government and public health officials in the city. The official launch of this international initiative is on World Hepatitis Day – July 28, 2016. Learn more about the Vietnam Viral Hepatitis Alliance.

The HBF is proud to have been invited to speak and participate in the 2015 World Hepatitis Summit sponsored by the World Health Organization (WHO), in partnership with the Scottish Government and the World Hepatitis Alliance. It was held in Glasgow, Scotland on Sept. 2-4, 2015 with more than 80 countries represented. The WHO invited 600 leaders from government, public health agencies, non-governmental organizations to attend this historic meeting.

The message was serious. Hepatitis B and C kill more people each year than HIV/AIDS and tuberculosis, and combined represent the 7thleading cause of death worldwide. Without significant intervention, WHO estimates there will be 20 million needless deaths over the next 15 years. WHO leaders unveiled their first-ever global viral hepatitis plan, the first of its kind. Its twin goals of reducing chronic viral hepatitis cases by 90 percent and deaths by 65 percent by 2030 are ambitious, but possible.