Today, all pregnant women are routinely screened for hepatitis B, but a growing number of doctors say this single test doesn’t go far enough to protect the health of women and children.

In a commentary published in the medical journal Pediatrics,  infectious disease specialist Dr. Ravi Jhaveri calls for a mandatory second test in pregnant women infected with hepatitis B. This test would measure the amount of hepatitis B virus (HBV) in her body (called viral load).

When women have high viral loads, their newborns can become infected even if they are immunized at birth and treated with HBIG (hepatitis B antibodies) to prevent infection. END_OF_DOCUMENT_TOKEN_TO_BE_REPLACED

END_OF_DOCUMENT_TOKEN_TO_BE_REPLACED

Get HBV Advocate’s Christine Kukka’s take on the top HBV related, published reports from the AASLD Liver Meeting as she provides her Top Ten List!

Hepatitis B experts from around the world met at the 65th annual American Association for the Study of Liver Diseases (AASLD) conference in Washington D.C. this week to share the latest in hepatitis B treatment and research.

END_OF_DOCUMENT_TOKEN_TO_BE_REPLACED

HBV genotypes are found in different regions of the world and each evolved over centuries to have slightly different molecular make-ups with unique traits. Some carry a higher risk of liver damage and cancer, while other genotypes are less virulent.

In a recent study, Italian researchers compared how well patients with genotypes A, D and E fared after three years of treatment with the antiviral entecavir (Baraclude). All of the patients tested negative for the hepatitis B “e” antigen (HBeAg-negative). The scientists measured hepatitis B surface antigen (HBsAg) levels and HBV DNA (viral load) every three months during the first year of treatment and then every six months over the study period.

They found the rates of HBsAg declines resulting from antiviral treatment varied markedly between genotypes. They extrapolated how many years of entecavir treatment each genotype required before a patient would clear HBsAg and achieve undetectable viral load.

HBV genotype A: It would take on average 15.6 years of entecavir treatment for an HBeAg-negative patient with HBV genotype A to lose HBsAg. This genotype is found in northern Europe, North America, India and southern Africa.

HBV genotype D: It would take 17 years for genotype D patients to lose HBsAg. This strain is found primarily in Russia, the Middle East, the Mediterranean region, and India.

HBV genotype E: This genotype, found in Central Africa, responded the most poorly to entecavir. Scientists estimated it would take 24.6 years for these patients to lose HBsAg, according to the report published in the August issue of the Journal of Medical Virology.

HBV Genotypes Help Tell the Human Story of Slavery in the Americas
Because HBV genotypes develop in specific regions around the world, their distribution around the world today can help tell the story of mass human migrations, including the enslavement and forced migration of millions of Africans to Brazil since the 1500s.

Read the HBV Journal Review in its entirety here. 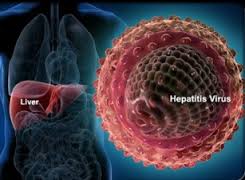