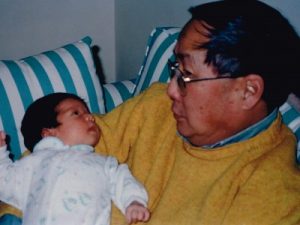 Please welcome guest blogger Charlotte Lee, a pre-med Duke University Senior who has a passion for global health. Charlotte recently learned first hand how viral hepatitis  disproportionately impacts her community and how it tragically touched her own family.

I walked into the first day of my internship ready to take on what I thought were the major public health crises of the world – malaria, AIDS, avian flu. Instead, my supervisor gave me a hefty stack of literature on hepatitis B. Sure, as a premed student I knew that hepatitis had something to do with the liver, but I was shocked to find out that hepatitis B was the most common serious liver infection in the world—one that chronically affects over 350 million people worldwide, including 1 in 12 Asian Americans—and I had never heard of it.

About halfway through my internship, I found out that my grandfather died from viral hepatitis that he contracted through a blood transfusion. Suddenly the disease had a face, and it was a smiling man with wide rimmed glasses who used to sit me on his lap and feed me popcorn. It now feels like my duty to spread the word.

Hepatitis B is transmitted through blood or body fluids and causes deadly liver disease, including liver cancer, in 1 out of every 4 chronically infected people. Meanwhile, the famous West Nile Virus causes serious illness in less than 1% of infected people.

So, what makes this disease so easy to ignore? Hepatitis B is unfortunately an invisible disease; it can take up to 20-30 years before symptoms appear, at which time cirrhosis or liver cancer may have already developed. Hepatitis B is a silent killer and it affects a population invisible to the media and policy.  Anyone can get hepatitis B; however, people born in countries outside the US that have not instituted a strong hepatitis B testing and vaccine program have a large population (2 out of 3 people) who are unaware they are infected. Most get the disease at birth from their mothers who are chronically infected with hepatitis B. Many are impoverished and disenfranchised. Asian Americans make up more than half of hepatitis B cases in the US, but those from many other countries around the world are also at risk for having the disease.

However, the “it won’t happen to me, so I don’t care” rule doesn’t work for all diseases. Most people in the US don’t consider themselves at risk for AIDS, malaria, or tuberculosis, yet those diseases have plenty of name recognition.

One thing that AIDS, malaria, and tuberculosis all have in common is their deadliness. AIDS killed 1.47 million people in 2010. But did you know that viral hepatitis (hepatitis B & C combined) killed 1.44 million that same year?

Its symptomless nature also makes it hard to visualize. While other diseases invoke graphic images of illness, hepatitis devastates the liver. Most people probably don’t really know where their liver is located.

What frustrates me most is that it is a preventable disease, one that we can eradicate. The hepatitis B vaccine is one of the safest and most effective immunizations available, and it protects you for life. The CDC recommends all babies receive the vaccination at birth, yet many major hospitals in NYC are not immunizing newborns, with some vaccination rates as low as 20%.

Hepatitis B needs public health champions to get it into the spotlight. Policies need to be passed to fund much-needed education, surveillance, and treatment programs. Doctors should be educated about it, tests should be automatically ordered, and the government should pay for everyone to be vaccinated. This system doesn’t yet exist, but thankfully there are people working tirelessly towards it.

Monday was World Hepatitis Day 2014. This year, the Viral Hepatitis Testing Act was introduced in the House and Senate to provide $80 million over three years for prevention, testing, and linkage to care. This is the second term this bill has been introduced, and now it’s time to pass it. Locally, the New York City Council just introduced a $750K viral hepatitis initiative for 2015. And just last week, Councilwoman Margaret Chin was on NBC talking about the first ever NYC Hepatitis B Awareness Week. My internship will soon end, but advocacy never rests. There is always more to be done.

Charlotte Lee is a premed Duke University senior, where she studies Public Policy with minors in Global Health and Chemistry. This summer, she has been working on hepatitis B policy issues at the Charles B. Wang Community Health Center in New York City, where she was co-coordinator of the first-ever NYC Hepatitis B Awareness Week. She is passionate about health disparities and aspires to be an OB/GYN and women’s health advocate. Her biggest claim to fame is that she may have discovered a new species of sand fly last summer in the Peruvian Amazon (confirmation still pending).

A lovely story and a happy ending for a young Cambodian orphan with hepatitis B.

When Chung Eang Lip was 7, his father took him to the market in Phnom Penh, Cambodia, and abandoned him.

For three days, Lip wandered the city’s streets, hungry and calling for his mother. Lip’s last memory from the ordeal was waking up and seeing his mom hovering over him.

“I was really sick. I didn’t have anything to eat for those three days. I only remember that when I opened my eyes, I saw my mom and that’s all,” said Lip, whose mom took him back to their rural home.

By 13, both of Lip’s parents were dead, and he was largely on his own, living with an older brother. What most people regard as normal family life — or what passed for it in Lip’s life — was largely a thing of the past.

Or so he thought.

Recent projections for the top cancer killers in 2030 confirmed some encouraging trends but also sounded a warning bell. END_OF_DOCUMENT_TOKEN_TO_BE_REPLACED 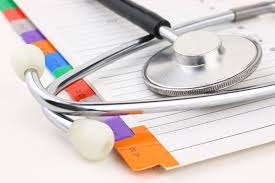 This informative article from Internal Medicine News, July 1, 2014, analyzes two studies from the July issue of Gastroenterology, and looks at the impact of antivirals on the incidence of liver cancer, the need for liver transplantation and the risk of death in chronic HBV patients.  The potency of the antiviral made a significant difference and supported current practice guidelines recommending the use of entecavir and tenofovir as first line drugs for the treatment of chronic HBV. Be sure to also read the accompanying editorial by Dr. George Papatheodoridis.

Nucleoside analogues are effective at preventing hepatocellular carcinoma in hepatitis B, but all are not equal when it comes to overall mortality and liver transplant, according to two new studies in the July issue of Gastroenterology.

In the first study, Dr. Chun-Ying Wu of the National Yang-Ming University, in Taipei, Taiwan, and his colleagues examined the long-term protective effects of nucleoside analogue therapy among chronic hepatitis B patients (doi.org/10.1053/j.gastro.2014.03.048).

They conducted a retrospective nationwide cohort study using data from Taiwan’s National Health Insurance Research Database, collecting records from 1997 through 2010 on patients with chronic hepatitis B.

Click here to read Internal Medicine News article and editorial in its entirety.