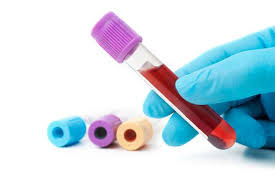 Liver Cancer Connect’s “Fighting the Doom and Gloom” series is highlighting some of the advances in prevention, screening, and treatment that are helping to increase survival among people with liver cancer. Previously, we talked about how prevention works. Now we’ll explain how screening and surveillance save lives.
END_OF_DOCUMENT_TOKEN_TO_BE_REPLACED

If you have been diagnosed with chronic hepatitis B, your doctor has probably run several blood tests that show if the infection is harming your liver and identify what stage of infection you are in.  Doctors consider all of these results when deciding if you need treatment and how often you should be monitored.

In this blog, we’ll examine how one of the tests — the HBV DNA or viral load test –can give you a snapshot into your hepatitis B infection and your health. The HBV DNA test  is performed on a blood sample using a Polymerase Chain Reaction (PCR) technique that rapidly generates HBV DNA fragments so they can be measured. Today, viral load is usually measured using international units per milliliter (IU/mL). However, in the past it was measured in copies per milliliter (copies/mL), and in some regions and labs, it is still used.

If you ever need to convert copies into international units, there are about 5.6 copies in one international unit, so 5,000 copies/mL equals about 893 IU/mL. Remember to keep copies of your lab information on file so you can track your status. An Excel spreadsheet works great.

The sensitivity of HBV DNA tests may vary with each lab so it’s a good idea to use the same lab for your test. Labs usually measure down to less than 200 IU/mL. Below the threshold, the viral load is considered “undetectable” – something everyone with chronic hepatitis B wants to hear.

How HBV DNA results are presented mathematically on your lab report can be confusing. Because the amount of virus in the blood may be very high – in the millions or billions – the result may be displayed as an exponent or a log, rather than a whole number. You may need to convert these numbers to fully understand them.

What does viral load say about what stage of the virus you are in? Your viral load also varies over time depending  on the “stage” of hepatitis B infection. That is why regular monitoring is so important.

Children and adults in the “immune tolerant” stage can have viral loads in the millions or even billions. It sounds scary, but it’s not unusual. Your viral load can remain very high for decades until your immune system begins attacking the virus. Most children and young adults who test positive for the hepatitis B “e” antigen (HBeAg) generally have high viral loads, though doctors typically don’t treat patients in this stage. Once their immune systems get rid of HBeAg and generate “e” antibodies (HBeAb), their viral loads begin to decline and liver enzymes (ALT/AST) normalize.

Adults with undetectable or low viral loads and no signs of liver damage are in an “inactive” stage. Adults with normal ALT (SGPT) levels, which usually indicate no current  liver inflammation, and undetectable or viral loads less than 2,000 IU/mL generally do not require treatment. However, it is important to confirm with your doctor that there is no evidence of advanced liver disease. This phase may be lifelong, decades, or not long at all. That is why monitoring in this inactive phase remains important.

People in the “active” stage with elevated viral loads and signs of liver damage need treatment. These may be people that are HBeAg positive and unable to seroconvert and lose HBeAg and gain the antibody without experiencing significant liver damage. There may be a pattern of SGPT/ALT elevation that cycles up and down over time without mounting an adequate immune response to seroconvert. This can be dangerous, causing liver damage, which is  why regular monitoring is key. You want to give your immune system the opportunity to try to mount an immune response and seroconvert but not at the expense of extensive liver damage. That’s why a knowledgeable doctor is so important!

Many people in their 40s, 50s or 60s, develop HBeAg-negative hepatitis B, though this may occur in younger individuals as well. Although individuals may have seroconverted and lost HBeAg (HBeAg negative/HBeAb positive), the virus is able to mutate allowing it to keep replicating, putting these patients at risk of liver damage. They may see the viral load start to creep up along with SGPT/ALT. Eventually they may require treatment with antivirals based on clinical guidelines doctors follow to manage their patients. Once again, monitoring is key!

Why is it important to measure HBV DNA during treatment? When daily antiviral pills (either tenofovir or entecavir) are prescribed, doctors measure your HBV DNA to see if the drug is working to reduce your viral load. Antivirals work by meddling with the viral DNA so the virus cannot reproduce effectively. Doctors measure your viral load to make sure the antiviral is working.

Why is measuring viral load important if you’re pregnant? Today, all pregnant women are screened for hepatitis B, and experts also want their viral loads to be measured. When pregnant women have high viral loads—exceeding 200,000 IU/mL—medical guidelines recommend antiviral therapy during their third trimester of pregnancy to reduce their risk of infecting their newborns. Babies born to HBV-infected women can become infected even if they are immunized at birth and treated with HBIG (hepatitis B antibodies) if their mothers have high viral loads.

It is important to remember that a viral load test provides you with important information, but it must be considered in relation to your other HBV and liver function tests results to determine if treatment is needed at all, or if you are responding favorably to current treatment. Although an undetectable or low viral load is good news, it does not necessarily guarantee that you have not, or will not experience liver damage. Hepatitis B is a tricky virus. Talk to your liver specialist about all of your test results.

With Veterans Day comes reports about the lack of adequate mental health care for men and women returning from war. There is another, invisible health issue threatening veterans of all ages–hepatitis B.

Few veterans have ever been screened or treated for hepatitis B though their infection rate is four-times the national average.

Get HBV Advocate’s Christine Kukka’s take on the top HBV related, published reports from the AASLD Liver Meeting as she provides her Top Ten List!

Hepatitis B experts from around the world met at the 65th annual American Association for the Study of Liver Diseases (AASLD) conference in Washington D.C. this week to share the latest in hepatitis B treatment and research.