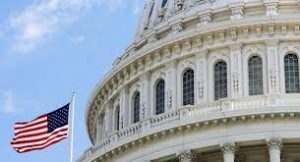 Great way to wrap up World Hepatitis Day events with a commentary from our viral hepatitis champions on Capitol Hill. A big thank you to Senator Mazie K. Hirono and Representatives, Michael M. Honda, Hank Johnson, and Bill Cassidy for their tireless efforts. Viral Hepatitis is a problem we cannot ignore!

World Hepatitis Day, July 28, reminds us that more than 5 million Americans — or 2 percent of the population — are living with viral hepatitis. Yet the Centers for Disease Control and Prevention (CDC) estimates as many as 75 percent of these Americans are unaware they have the virus. This “silent killer” goes undetected because the virus often remains asymptomatic until it has already wreaked havoc on the liver, causing cirrhosis, end-stage liver disease, or liver cancer. According to the CDC, more than 30 percent of infected individuals will develop one of these conditions.

Meanwhile, since the majority of infected individuals don’t realize they have hepatitis, they do not take the necessary precautions and can unknowingly transmit the virus to others. More Americans die every year from hepatitis C than HIV.

Without effective intervention, it is estimated that deaths due to the hepatitis C virus will double, or even triple, in the next 20 years. Baby boomers — Americans born between 1945 and 1965 — make up 75 percent of Americans with hepatitis C, and are five times more likely to have the virus than the general population.

Hepatitis disproportionately affects communities of color. One in 12 Asian-Americans has chronic hepatitis B, and rates are increasing in African immigrant and Latino populations as well. Hepatitis C is twice as prevalent in African-Americans as in the general U.S. population. Despite the pervasiveness of viral hepatitis, and its potentially deleterious consequences for those infected, testing is not nearly as prevalent as it should be.

The Viral Hepatitis Testing Act, introduced both in the House of Representatives and the Senate, would create the first coordinated national system to address and combat viral hepatitis. It would expand hepatitis education, testing and care, with the priority of reaching those most at-risk. Most importantly, the legislation would help to halt the spread of viral hepatitis by strengthening health care coordination to ensure that patients who test positive are connected with the counseling they need to control their disease and prevent transmission. Through the Viral Hepatitis Testing Act, we can increase the number of individuals who are aware of their status from 25 percent to 75 percent in just two years.

Awareness is the antidote to this silent epidemic. Early diagnosis, determined through a simple blood test, can reduce the spread of viral hepatitis simply by making individuals aware of the infection and helping to connect them with education about the risks of transmission. Organizing our outreach and prevention to be culturally competent and available in different languages will help us reach those communities that are disproportionately affected. The CDC estimates that one-time testing of baby boomers alone would identify 800,000 undiagnosed hepatitis C cases nationwide, and prevent more than 120,000 deaths. We need action at the federal level to make viral hepatitis testing a national priority.

The true cost of viral hepatitis is not measured in the cost of one drug. It is how this epidemic will continue to grow if policymakers do nothing. We urge our fellow lawmakers to enact the Viral Hepatitis Testing Act and establish hepatitis awareness as a national priority.

We cannot ignore this problem.