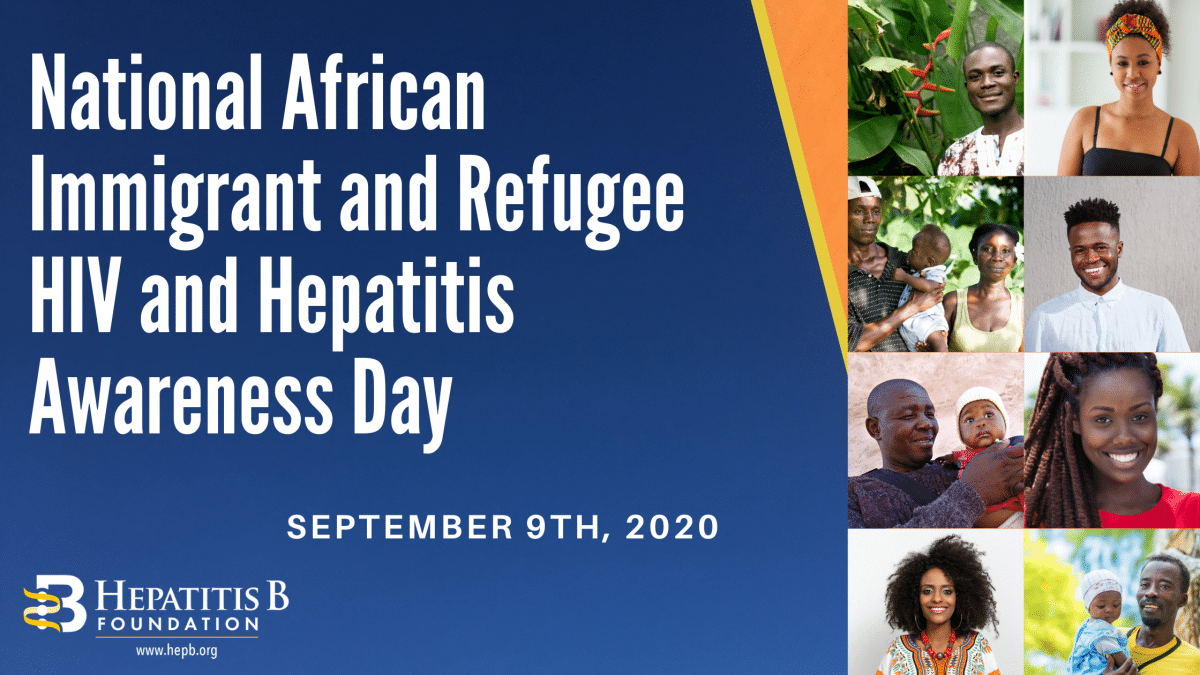 Each year in September, the Hepatitis B Foundation, along with partners around the U.S., recognizes National African Immigrant and Refugee HIV and Hepatitis Awareness (NAIRHHA) Day. Founded by advocates in Massachusetts, Washington D.C., and New York, NAIRHHA Day has been observed annually on September 9th by healthcare professionals, awareness campaigns, and other organizations since 2014. Although not yet nationally recognized, the Multicultural AIDS Coalition (MAC) and the Coalition Against Hepatitis for People of African Origin (CHIPO) are working to establish NAIRHHA day as its own federally designated awareness day. As explained by Chioma Nnaji, Director at the Multicultural AIDS Coalition’s Africans For Improved Access (AFIA) program, there is a great need to establish NAIRHHA day as its own day. “Several of the current awareness days are inclusive of African immigrant communities, but do not comprehensively address their unique social factors and cultural diversity, as well as divergent histories and experiences in the US.”

People born outside of the U.S. often face different health challenges than those born in the country and face various barriers to accessing important healthcare services. African immigrants (AI) are disproportionately burdened by HIV and hepatitis B. Advocates for NAIRHHA Day recognized the need to address these health issues in the community and thought that a combined awareness day would be the most effective way to reach the largest number of people impacted.

Two of the largest barriers to testing for HIV and hepatitis B among African immigrants are lack of awareness and stigma. Cultural and religious values shape the way people view illness, and there can be fears around testing and diagnosis of illness, and moral implications for why someone may feel they are at risk. While stigma about HIV/AIDS and hepatitis B often come from within one’s own community and culture, it is primarily driven by lack of awareness. Oftentimes, awareness is low in an individual’s home country because of limited hepatitis and HIV/AIDS education, resources, and healthcare infrastructure.  When they arrive in the U.S., awareness remains low for similar reasons. Community health workers and physicians are vital stakeholders to raise community awareness in a culturally sensitive way to help identify current infections and prevent future ones through vaccination.

Recognizing NAIRHHA Day is important to address the numerous barriers to prevention and treatment that African immigrants face. It was also founded to acknowledge the cultural and ethnic differences that influence how African-born individuals interact with their medical community and the concept of illness. The specific goals of this day of recognition include:

This year, CHIPO, Multicultural AIDS Coalition, Hepatitis B Foundation and CHIPO-NYC, developed a suite of social media materials to improve awareness and create action around hepatitis B. This year’s campaign is focused on the incorporation of African proverbs into health messaging around ending stigma and increasing hepatitis B and HIV awareness, screening, prevention, and treatment. All graphics and an accompanying list of posts and tweets to go with each one can be found in a Google Drive folder here.  We will be promoting the materials throughout the month of September, and we invite you to share them widely. Together, we can make a difference to address HIV and viral hepatitis among African immigrant communities!