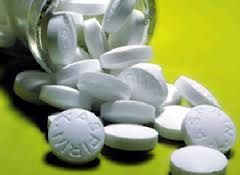 Hepatocellular carcinoma (HCC) is the most common type of liver cancer.  New cases of HCC and deaths related to HCC have been increasing in the United States since the 1980s.  Most cases of HCC occur in individuals with chronic liver disease (CLD).  CLD is caused by chronic inflammation related to viral infection, excess alcohol consumption or other causes.  While HCC is relatively rare in the U.S., occurring in fewer than 10 per 100,000 persons per year, CLD is more common.  Unfortunately, CLD is among the top 10 causes of death in adults between the ages of 45 and 75 years.

The researchers studied a cohort of over 300,000 men and women between the ages of 50 and  71 years who were enrolled in the NIH-AARP Diet and Health Study.  Aspirin and non-aspirin NSAID (for example Advil, Motrin) use was compared among persons who developed HCC or died from CLD and those who did not develop these outcomes.  In all, 250 study participants developed HCC and 428 died from CLD.  Almost three-fourths of the participants reported using aspirin and approximately one-half reported using non-aspirin NSAIDs.

The study found that participants who reported taking aspirin were 41% less likely to develop HCC, and 45% less likely to die from CLD than those who did not take aspirin. Use of non-aspirin NSAIDS did not reduce the risk of developing HCC, but did reduce the risk of dying from CLD by 26%. The researchers note that additional studies will be required to confirm these findings.

While this study will not lead to any immediate changes in clinical practice, it raises interesting new questions on the role of inflammation in risk for HCC.  Although the researchers took into consideration the effect of alcohol intake (a major risk factor for HCC) as well as smoking and body mass index, the study had no information on hepatitis B virus (HBV) or hepatitis C virus (HCV) status of the study participants.  In addition, NSAID use was only measured for the past 12 months, and the study had no information on the indication, duration or dose.  To partially overcome such limitations, results were analyzed after excluding participants who reported hypertension or cardiovascular disease at the beginning of the study. Those individuals might be taking a low-dose aspirin for a longer duration for the prevention of cardiovascular disease. The results were similar after excluding these participants, which suggests that the main results are likely valid regardless of the indication, duration or dose of aspirin.

The study is the largest population-based study to date to assess development of HCC and risk of death due to CLD in relation to NSAID use.  HCC and CLD involve chronic, long-term inflammatory changes in liver cells, which are caused by enzymes such as cyclooxygenases (COX).  One of the primary ways that NSAIDs modulate the risk of chronic inflammation is by stopping or inhibiting the action of COX enzymes; thus inflammatory changes that contribute to the development of CLD and HCC are reduced.  It is also speculated that aspirin may have other anti-inflammatory mechanisms.  NCI researchers are investigating these hypotheses through basic and translational research studies, as well as assessing the risk of developing HCC and dying of CLD in association with NSAID intake in other epidemiologic studies.

The full study is by:

In previous blogs I reported that several drugs commonly used to treat or prevent diseases or conditions other than liver cancer or chronic liver disease may also prevent these serious liver diseases.  These included propranolol used to reduce pressure in the portal vein; metformin used to treat diabetes; and statins for the lowering of cholesterol and reducing the risk of heart disease.

The above report adds aspirin to this list, but people with chronic hepatitis B or C should not begin taking aspirin immediately.  Aspirin may cause serious bleeding that is sometimes fatal.  In order for blood to clot, platelets (cell fragments in blood) must clump.  One of aspirin’s actions is to prevent platelets from aggregating (clumping). This action may be the main reason that regular aspirin may prevent heart attacks. Patients with CLD are already at risk of developing serious bleeding.  The take home message is that patients with chronic hepatitis B or C should consult their doctor before taking aspirin or any other drug.

About the blog authors:

Associate Investigator in the Hormonal and Reproductive Epidemiology Branch and is currently detailed to the NCI from the faculty at Vanderbilt University School of Medicine.