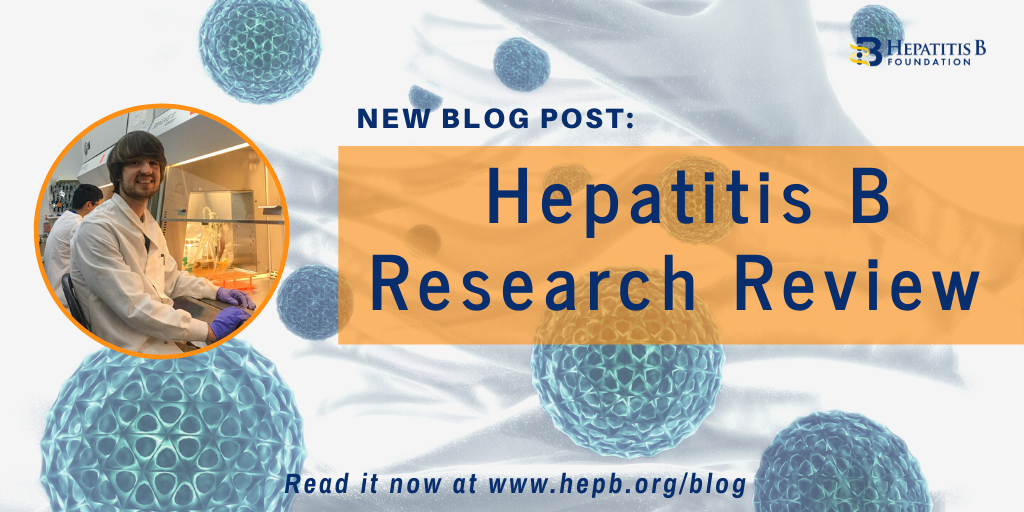 This month, research from Melbourne, Australia indicates that the kinases TBK1 and IKKε act redundantly to initiate STING-induced, NF-kB-mediated transcription of proinflammatory cytokines. Nearby researchers also working in Melbourne have demonstrated that an HBV vaccine composed of glycosylated HBV surface protein outperforms those currently in use.  Also, researchers at St. Jude Children’s Research Hospital in Memphis, Tennessee have elucidated the role of caspase-6 in influenza A virus host defense.

Meet our guest blogger, David Schad, B.Sc., Junior Research Fellow at the Baruch S. Blumberg Institute studying programmed cell death such as apoptosis and necroptosis in the context of hepatitis B infection under the direction of PI Dr. Roshan Thapa. David also mentors high school students from local area schools as part of an after-school program in the new teaching lab at the PA Biotech Center. His passion is learning, teaching and collaborating with others to conduct research to better understand nature.