Cold season is here and sometimes the flu vaccine and washing our hands just aren’t enough to keep colds at bay. If you do get sick, make sure the over-the-counter (OTC) medication you take doesn’t damage your liver while it’s relieving your cold symptoms

Acetaminophen (brand name Tylenol) is the most popular painkiller in the United States. (In other parts of the world it is known as Paracetamol.) Not only is it found in the 8 billion acetaminophen pills Americans take each year to reduce aches and pains, it’s also found in cough and congestion medications. When we have hepatitis B, we need to be careful we don’t unintentionally overdose when we take acetaminophen pills and cough or sinus medications. END_OF_DOCUMENT_TOKEN_TO_BE_REPLACED

Flu season is here and if you or a family member lives with chronic hepatitis B, it’s time to get a flu shot as soon as possible!

Why? According to an article in the November 2015 issue of the medical journal Vaccine, chronic hepatitis B patients who get a flu shot have a lower rate of flu-related hospitalizations than patients who skip the annual flu vaccine. END_OF_DOCUMENT_TOKEN_TO_BE_REPLACED

With the cost of health care and prescription drugs soaring, it’s important to choose health insurance carefully when you take hepatitis B medications and need frequent check-ups and lab tests.

In the next two months, Medicare recipients, people who get insurance through their jobs and consumers buying coverage through the Affordable Care Act (Obamacare) will be selecting insurance plans during open enrollment.

If you take antivirals or interferon and have frequent lab tests and doctor visits, it’s important that you select the plan that:

END_OF_DOCUMENT_TOKEN_TO_BE_REPLACED

Telling someone you have hepatitis B is almost always followed by the question, “how did you get it?”

The question can feel like an invasion of privacy or an indictment. Behind the question lurks a desire for reassurance that hepatitis B won’t happen to them, but of course it can. And that’s why we should answer and tell our story.

On a global scale, the story of hepatitis B is the story of humanity. How we and our forebears became infected results from centuries of human migrations, the transatlantic slave trade, political upheaval, poverty, re-used medical devices and ineffective public health policies. END_OF_DOCUMENT_TOKEN_TO_BE_REPLACED 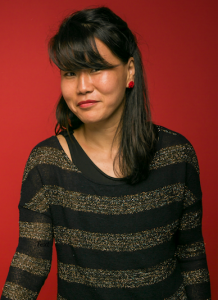 World Hepatitis Day is commemorated on July 28 every year.  The date was selected to honor the birthday of the Nobel Laureate Professor Baruch Blumberg, who discovered the hepatitis B virus. END_OF_DOCUMENT_TOKEN_TO_BE_REPLACED

The Hep B United Summit in Washington D.C., starting Sunday afternoon and running through Monday, July 26 and 27, can be viewed LIVE and in real time on Periscope. Plus, you can follow the conversation on Twitter with #HepBSummit! END_OF_DOCUMENT_TOKEN_TO_BE_REPLACED

The day my daughter started kindergarten, her teacher asked that she be transferred to another classroom. She thought my daughter posed a health threat to a classmate who was recovering from leukemia.

Our doctor had disclosed my daughter’s chronic hepatitis B infection on her school health form. I thought the school nurse would know my daughter posed no risk to students, who were nearly all immunized against hepatitis B and supervised by teachers trained in universal precautions.

I was wrong on many counts. The school nurse went along with the teacher’s recommendation. After heated discussions with the school principal that included providing copies of medical reports and civil rights laws, my daughter remained in the classroom and the school’s staff received training on universal precautions.

That happened 16 years ago. The Americans with Disabilities Act (ADA) had been enacted 10 years earlier and policy makers, health officials and the courts were still working out exactly how the landmark law would protect people with blood-borne infections such as HIV and hepatitis B and C.

END_OF_DOCUMENT_TOKEN_TO_BE_REPLACED

In celebration of Asian Pacific Heritage Month, Dr. moon Chen, Principal Investigator for the Asian American Network for Cancer Awareness Research and Training (AANCART) and UC Davis professor, reflects on the unnecessary cancer burden in Asian American and Pacific Islanders, including the burden of  hepatitis B related liver cancer.  END_OF_DOCUMENT_TOKEN_TO_BE_REPLACED 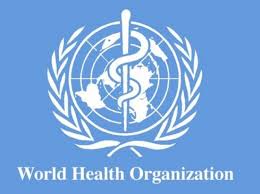 Have you had an opportunity to take a look at the new World Health Organization (WHO) guidelines for the treatment of those with chronic hepatitis B?

Guidelines developed by other medical organizations including AASLD, EASL, and APASL were focused mainly on the prevention, care and treatment of hepatitis B for those living in higher income countries. The new WHO guidelines were developed with low-and-middle-income countries (LMICs) in mind, though they are certainly applicable in high-income countries as well. END_OF_DOCUMENT_TOKEN_TO_BE_REPLACED 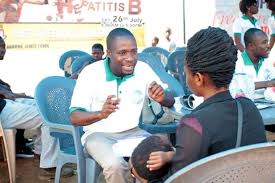