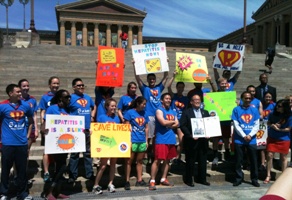 The day we arrived home from China, my husband and I brought our four-month-old adopted daughter to a pediatrician for a check-up. The doctor looked at my daughter’s health records from China, saw she had tested negative for hepatitis B, and said, “Good, I don’t have to test her for that.”

About a year later, I got sick, very sick. I felt nauseous, my stomach hurt and I felt bone tired. I gradually recovered and chalked it up to a bad case of flu.

When my daughter was 2 years old, I read on an adoption email list that some children were testing positive for hepatitis B stateside, though their medical reports in China had given them a clean bill of health. During her next check-up, I asked the pediatrician to test her for hepatitis B. The test result came back positive. A week later, so did mine.

My daughter had chronic hepatitis B, and I, who had donated blood regularly until I became a busy parent, had  an acute case, and cleared the infection. Our story, unfortunately, is not uncommon. Across the U.S., many primary care doctors fail to test at-risk patients for hepatitis B.

I live in a rural, New England state where there are not many people from countries with high rates of hepatitis B. Our pediatrician didn’t know that it can take several weeks after exposure  for an infection to show up in a lab test. She didn’t know that China’s medical records weren’t reliable. She knows it now, but many providers still don’t.

Over the years, I have heard many similar stories with worse outcomes. In one case, a young woman born in South Korea suffered epilepsy and her doctor treated her with a common seizure medication without first screening her for liver infection or damage. She died in her early 20s from liver cancer. The epilepsy drug accelerated her hepatitis B-related liver disease.

A recent article published on the Monthly Prescribing Reference website, describes how a primary care provider was sued for malpractice after he failed to monitor a patient for liver damage despite the fact the Asian-American patient told him he had hepatitis B in his teens. The patient, who was treated by the doctor for more than 15 years, died from liver cancer resulting from untreated hepatitis B.

In addition to these stories, there are numerous studies published in medical journals that show doctors often fail to test patients for hepatitis B or treat them appropriately when hepatitis B is diagnosed. Even liver experts who should know better often don’t follow medical guidelines that recommend antiviral treatment for hepatitis B-related liver damage.

I often wonder why there is this breakdown in hepatitis B care. I wonder if it stems from racism or prejudice. Many people with hepatitis B are people of color, recent immigrants, gay, or low-income. These patients can be challenging for doctors, especially when providers have little experience with hepatitis B, but that’s no excuse.

Over the years, I have accompanied my daughter to her medical appointments and often remind doctors what labs they should order and what the latest monitoring guidelines are. The best of them admit they don’t know how to treat hepatitis B and sit down and read the latest guidelines and discuss a care plan with my daughter. The worse simply do whatever I ask, and I am no doctor. 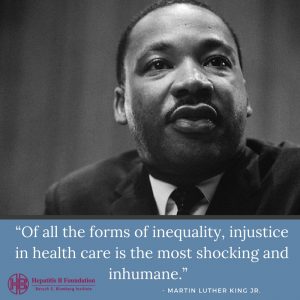 I have found one of the best tools available  are software programs that link a patient’s electronic medical record to current medical guidelines. It makes it easy for doctors to know what tests should be ordered, especially if they have never treated hepatitis B before. But they need to have the software and the desire to use it.

I appreciate that doctors are human, over-worked and are driven by an assembly line business model that makes it hard to pause and research a new medical condition. However, the human price paid for lapses in care is terrible, and far more costly considering the expense of treating liver cancer, compared to running the right tests and prescribing the correct antiviral treatment today.

In the U.S., about two-thirds of people living with chronic hepatitis B don’t know they’re infected. They don’t have the money, the insurance coverage, or access to the right doctors who will test and treat them, and make sure their family members are tested and vaccinated. An estimated 20 percent of these people will die prematurely from liver disease. And today, as I listen to the news, I am afraid it’s only going to get worse.

A few weeks ago, an ill-informed New England governor proclaimed illegal immigrants were bringing in infectious diseases, including hepatitis, HIV, and tuberculosis. Recently, similar anti-immigration, fear-mongering from presidential candidates has filled the airways.

For hundreds of years, disease has been used as reasons to stop immigration to the United States. During the early 1800s, officials claimed the Irish brought cholera into the country. The Italians were believed to carry polio and tuberculosis was called the Jewish disease. In 1900, the Asian-American community in San Francisco was believed to be infected with bubonic plague that posed a threat to public health. Residents were subjected to mandatory injections with an experimental drug until a court order halted the local public health campaign.

Throughout the 19th and 20th century, “politics was saturated with attacks on immigrants as diseased intruders to the body politic,” wrote American University history professor Alan M. Kraut in Foreign Bodies: The Perennial Negotiation over Health and Culture in a Nation of Immigrants. This dialogue led to revision of the 1882 Immigration Act to exclude, “persons suffering from a loathsome or a dangerous contagious disease” from entry into the United States. END_OF_DOCUMENT_TOKEN_TO_BE_REPLACED