Medical guidelines suggest that individuals with HBeAg-negative hepatitis B with signs of liver damage face an “indefinite” or even lifetime commitment to taking daily antiviral pills.

In this week’s blog, we explore when—if ever—individuals with hard-to-treat HBeAg-negative hepatitis B can ever stop taking antivirals.

First of all, what is HBeAg-negative hepatitis B? Many people infected with hepatitis B at birth and who remain infected into their 40s, 50s or 60s, develop HBeAg-negative hepatitis B. Researchers believe that over time the virus mutates to evade the immune system. Though individuals may have lost the hepatitis B “e” antigen (HBeAg) and developed the “e” antibody, this mutated virus develops the ability to keep replicating despite the loss of HBeAg. And this mutated virus is capable of putting people at higher risk of liver damage.

Generally, doctors recommend treatment to HBeAg-negative patients when their viral load exceeds 2,000 IU/ML and their ALT liver enzyme levels, which rise when liver cells are damaged, are even moderately elevated. (Normal ALT levels are less than 30 for men and 19 for women.)

The most common antiviral treatments are either entecavir (Baraclude) or tenofovir (Viread). These two are considered the most powerful at quickly reducing viral load (HBV DNA) and have a very low risk of causing drug resistance, which is critical considering the long-term treatment required by HBeAg-negative patients.

But can individuals with HBeAg-negative hepatitis B ever stop treatment? Antivirals are expensive, without insurance tenofovir costs about $1,000 a month and generic entecavir costs about $407 in the U.S. Additionally, long-term antiviral treatment can cause bone loss.

Late last year, hepatitis B experts with the American Association for the Study of Liver Disease (AASLD) tackled this question and reviewed recent studies that followed HBeAg-negative hepatitis B patients who stopped antivirals. They found that even when these patients enjoyed two years of undetectable viral load and normal ALT levels during treatment, when they stopped only half of them were able to maintain a low viral low (below 2,000 IU/mL) and normal ALT levels.

The risk of dangerous “flares” after stopping treatment, “requires careful weighing of potential for harm and benefit,” the experts wrote. This is important because many HBeAg-negative patients are older and more vulnerable to liver damage and cancer.

In their new recommendations, AASLD experts make clear their findings are “conditional” and the quality of evidence found in the studies they reviewed is “low.” However, this is what they tentatively recommend:

Given the knowledge-gap about the long-term health consequences of HBeAg-negative hepatitis B, more research with longer durations of monitoring are needed, experts recommended. “Alternative treatment strategies for patients on long-term antiviral therapy, such as adding or switching to (pegylated interferon), warrant further study,” they concluded. 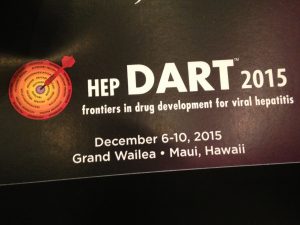 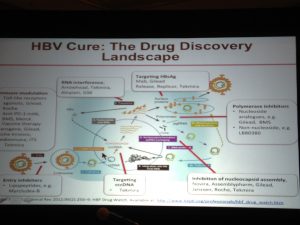 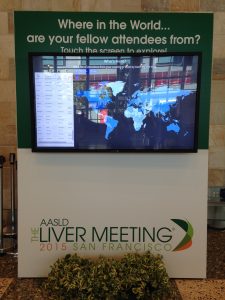 The American Association for the Study of Liver Disease (AASLD), the organization that defines how doctors should treat hepatitis B and other liver ailments, unveiled new hepatitis B treatment guidelines this week at its annual conference in San Francisco.

The new guidelines are published here.  Patients should review them and discuss any updates that address their individual conditions with their physicians. END_OF_DOCUMENT_TOKEN_TO_BE_REPLACED

END_OF_DOCUMENT_TOKEN_TO_BE_REPLACED

Why do we have clinical trials? What is involved with clinical trial participation? How do I find a trial that’s right for me? Find out by listening to this webinar from Liver Cancer Connect, a dedicated program of the Hepatitis B Foundation. Presenters Jill McNair of the Center for Information & Study on Clinical Research Participation, and Katelyn Levy, BS, clinical research coordinator at Johns Hopkins Suburban Hospital, explain what clinical trials are and answer frequently asked questions about participating in a trial.

END_OF_DOCUMENT_TOKEN_TO_BE_REPLACED

It takes talent, dedication, lots of  time, and a sizable investment to bring a safe and effective drug to market. The Drug Discovery Process YouTube video, compliments of PhRMAPress, introduces the long and arduous drug process from the identification of a compound in the lab, though clinical trials and the FDA approval process. It may sound simple, but this process may take up to 1,000 people, 12-15 years and up to 1.3 to 1.6 billion dollars to put a new drug in the hands of the patient.

Consider this process when following the progress of  hepatitis B drugs on the Hepatitis B Foundation Drug Watch page.  Compounds could remain in various stages for years. Note that the “preclinical” phase represents the drugs that are still in the lab and not yet ready for human clinical trials.

The Hepatitis B Foundation also maintains a webpage with the latest hepatitis B related clinical trials. Contact information is provided for each trial for those wishing to volunteer to participate.  Volunteers must meet the criteria for participation in a trial.

The future looks bright for a functional cure for hepatitis B. It may take a few more years to get the drug into the hands of the patient, but each step of the process is crucial in order to produce a drug that is both effective and safe.