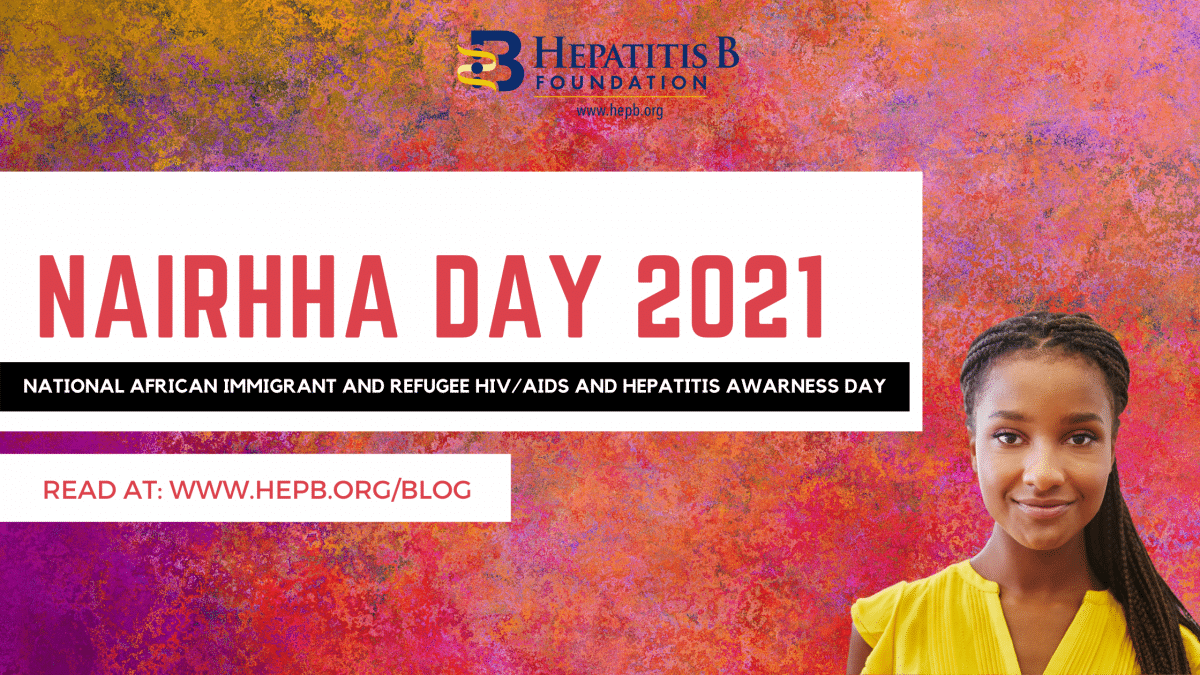 Today is NAIRHHA Day! Every September 9th, the Hepatitis B Foundation brings awareness to National African Immigrant and Refugee HIV/AIDS and Hepatitis Awareness Day. Founded by advocates in Massachusetts, Washington D.C., and New York, NAIRHHA Day has been observed annually on September 9th by healthcare professionals, awareness campaigns, and other organizations since 2014. The Multicultural AIDS Coalition (MAC), Hepatitis B Foundation and the Coalition Against Hepatitis for People of African Origin (CHIPO) are working to establish NAIRHHA day as their own federally designated awareness day.

Hepatitis B and HIV in African Immigrant Communities

In fact, in some African communities in the United States, between 5%-15% of people have chronic HBV infection. Unfortunately, due to the silent nature of the disease, lack of disease awareness, and limited health care access, most African community members who have hepatitis B DO NOT KNOW that they are infected. This puts them at much greater risk for premature death from cirrhosis or liver cancer.

There is a high burden of HIV/HBV co-infection in African countries because both diseases share similar transmission routes such as mother-to-child, unsafe medical and injection practices, and unscreened blood transfusions.2 Chronic HIV/HBV infection is reported in up to 36% of people who are HIV positive, with the highest prevalence reported in west Africa and southern Africa. The co-infection of HIV and HBV is especially dangerous because it accelerates liver disease such as fibrosis and cirrhosis. In fact, liver-related mortality is twice as high among people with an HIV/ HBV co-infection.2

With approximately 54,000 people with HBV who immigrate to the United States annually it is important to bring awareness to hepatitis B in African Immigrant communities on this day! 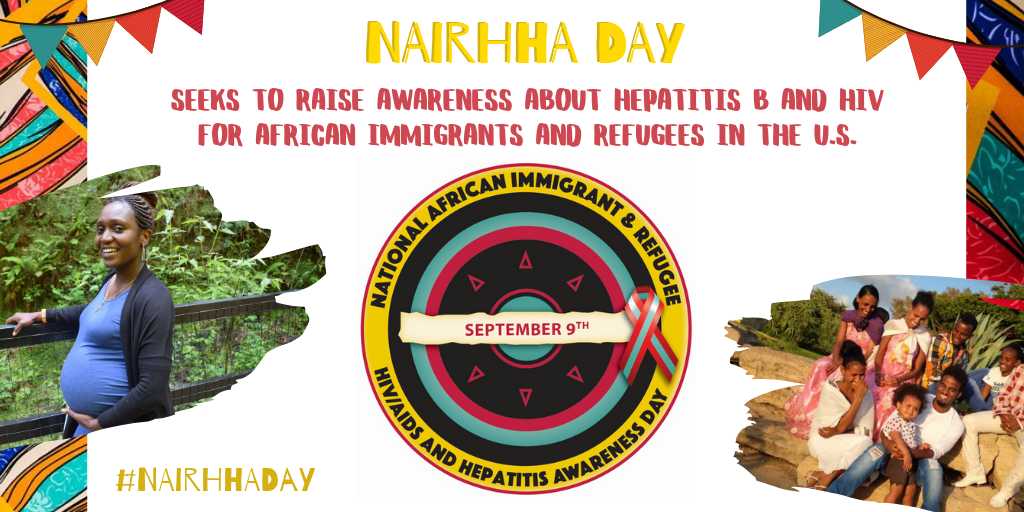 Each year in September, the Hepatitis B Foundation recognizes National African Immigrant and Refugee HIV and Hepatitis Awareness Day (NAIRHHA). Founded by advocates in Massachusetts, Washington D.C., and New York, NAIRHHA Day has been observed annually on September 9th by healthcare professionals, awareness campaigns, and other organizations since 2014. Although not yet nationally recognized, the multicultural AIDS Coalition (MAC) and the Coalition Against Hepatitis B for People of African Origin (CHIPO) are working to establish NAIRHHA day as its own federally designated awareness day. As explained by Chioma Nnaji, Director at the Multicultural AIDS Coalition’s Africans For Improved Access (AFIA) program, there is a great need to establish NAIRHHA day as its own day.  “Several of the current awareness days are inclusive of African immigrant communities, but do not comprehensively address their unique social factors, cultural diversity as well as divergent histories and experiences in the US.”

People born outside of the U.S. often face different health challenges than those born in the country and face various barriers to accessing important healthcare services. African immigrants (AI) are disproportionately burdened by 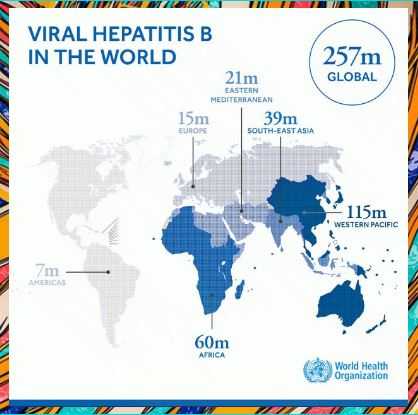 HIV and viral hepatitis. Advocates for NAIRHHA Day recognized the need to address these health issues in the community and thought that a combined awareness day would be the most effective way to reach the largest number of people impacted.

Two of the largest barriers to testing for HIV and viral hepatitis among African immigrants are lack of awareness and stigma. Cultural and religious values shape the way people view illness, and there can be fears around testing and diagnosis of illness, and moral implications for why someone may feel they are at risk. While stigma about HIV/AIDS and hepatitis B often come from within one’s own community and culture, it is primarily driven by lack of awareness. Oftentimes, awareness is low in an individual’s home country because of limited hepatitis education, resources, and healthcare infrastructure.  When they arrive in the U.S., awareness remains low for similar reasons. Community health workers and physicians are vital stakeholders to raise community awareness in a culturally sensitive way to help identify current infections and prevent future ones through vaccination.

Recognizing NAIRHHA Day is important in order to address the numerous barriers to prevention and treatment that African immigrants face. It was also founded to acknowledge the cultural and ethnic differences that influence how African-born individuals interact with their medical community and the concept of illness. The specific goals of the day of recognition include:

What has been done so far?

The path to federal recognition has been a slow process, but progress has been made! Check out the timeline below for a brief overview of what has been accomplished since the day was created:

September marks the unofficial beginning of National African Immigrant Heritage Month (NAIHM) – state and federal officials in over thirty states recognize September as NAIHM despite it not being federally declared –  which is why NAIRHHA Day is held on September 9th. Federal recognition would significantly boost awareness within the community and allow for the creation of much-needed resources like culturally sensitive education tools. It would also help to disseminate the important health messages on a larger, national scale.

This year, the Hepatitis B Foundation and CHIPO are excited to be sponsoring four community events with partners throughout the U.S. to commemorate NAIRHHA day and promote hepatitis B and HIV education and testing in AI communities.

For more information about NAIRHHA Day: