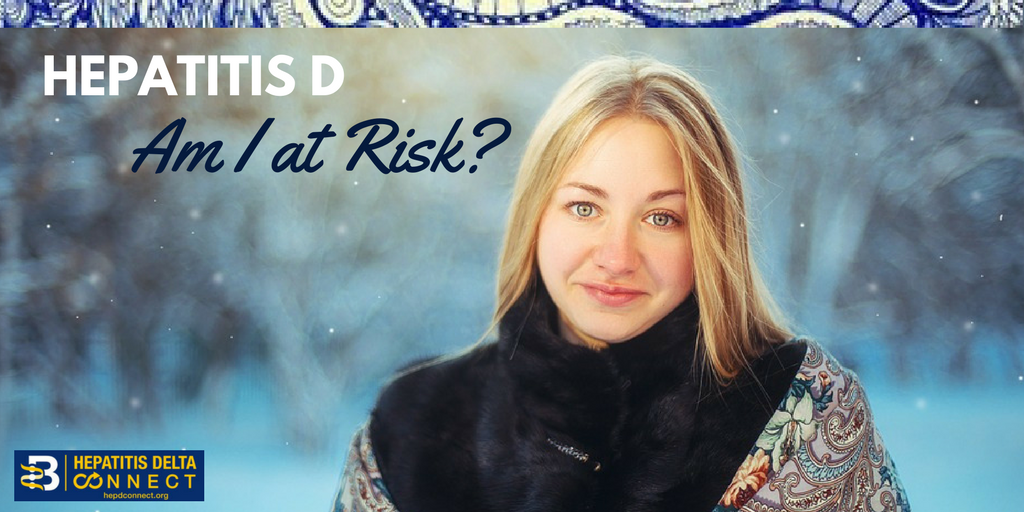 Hepatitis delta, or hepatitis D, is an aggressive form of hepatitis that can only infect someone who is also infected with hepatitis B.

Hepatitis D can be spread similarly to hepatitis B, through exposure to blood or bodily fluids of an infected person. People with hepatitis B are likely to develop a chronic hepatitis delta coinfection if they are exposed to the virus, making it important for you and your doctor to be aware of the signs of a coinfection.

Cues to suspect a coinfection:

Note: Fatty liver disease (caused by obesity) and liver damage from alcohol or environmental toxins should be ruled out as causes of liver damage before testing for hepatitis D.

It is also important for hepatitis B patients who originate from Sub-Saharan Africa, China, Russia, the Middle East, Mongolia, Romania, Georgia, Turkey, Pakistan and the Amazonian River Basin to be tested for hepatitis D, where it is more common. Most of the time, patients do not have any signs or symptoms to let them know they are coinfected, so a simple blood test is the only way to know for sure! Talk to your liver specialist about testing at your next appointment.

Hepatitis Delta Connect is a dedicated program of the Hepatitis B Foundation aimed to provide information and support for those affected by hepatitis D. Please visit our website, www.hepdconnect.org for more information and follow us on Facebook, Twitter and Instagram to stay up to date on the latest hepatitis D news! If you are a patient or provider and have questions or concerns, please email us at connect@hepdconnect.org.

Check out our previous posts about hepatitis D here, here, and here. 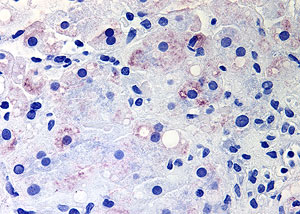 Hepatitis D virus (HDV) – the “D” is for delta – is a viral enigma that doesn’t act like a normal virus. It is helpless – that is, it can’t infect a cell – without its viral accomplice, the hepatitis B virus (HBV), and makes infection with HBV worse.

Delta virus can only cause illness in those already infected with HBV, said Timothy Block, Ph.D., President and Co-Founder of the Hepatitis B Foundation, Professor and Director, Drexel University Institute for Biotechnology and Virology Research.

“It can take quiescent HBV and turn it into an acute, lethal viral infection,” Block said. “Liver disease – cirrhosis, liver failure – that might take decades to develop or could only take a year or two. Delta virus converts HBV infection into an emergency situation.”

“Delta virus is a parasite of HBV because it encodes its own genome and coat-like protein but it doesn’t make its own envelope protein,” Glenn explained. “It steals that from HBV. It needs the B envelope protein to make its own, and this provides a means to infect new cells and subsequently make a fully formed viral particle to get out of those cells to infect others.”

Individuals can acquire delta virus two ways: Either after infection with HBV, which is called a “superinfection” and more likely to stay chronic, or a “co-infection”, which entails becoming infected with both viruses at the same time. In the latter, acute infections are more severe and increase the likelihood of developing liver disease much more quickly.

Worldwide, more than 15 million are infected, though fewer than 100,000 in the U.S. have the virus. It is concentrated in particular regions worldwide. Mediterranean areas such as southern Italy and southern Greece, for example, have larger than usual numbers of affected individuals, and in Turkey it is endemic. There are eight reported genotypes of HDV, which vary by geographical distribution and pathogenicity. Some believe that HDV’s incidence is declining. This is likely due to the hepatitis B vaccined and the resulting decrease in HBV carriers.

Because HDV is not a huge problem in the U.S., it flies under the radar screen of public awareness. Screening for HDV is not routinely ordered; however, infection with delta virus should always be considered when a patient with chronic liver disease suddenly gets worse.

Researchers have been frustrated in their attempts to develop effective treatments against HDV. Newer antiviral drugs that keep down levels of HBV DNA don’t do much against delta virus because they don’t affect the HBV envelope protein. The response rate to pegylated interferon alpha is typically poor.

With research there is always hope. Currently, there is a clinical trial of lonafarnib for the treatment of those coinfected with hepatitis B and D in the United States. It was originally developed for the treatment of different types of cancers. Perhaps additional information will come out of this year’s International Meeting on Molecular Biology of Hepatitis B Viruses. We shall soon hear.

—   Delta hepatitis is one of the most severe forms of viral hepatitis.

—   It is an incomplete viral particle that was discovered in 1977.

—   It is transmitted by blood from people already infected with hepatitis B.

—   There is currently no effective treatment for HDV