The Bucks County operation he runs is one of the nation’s most successful life sciences incubators and is in the midst of a $19 million expansion.

Doylestown, Nov. 18, 2020 – Louis P. Kassa, MPA, executive vice president and chief operating officer of the Pennsylvania Biotechnology Center, has been named one of “The 10 Best COOs of 2020” by Industry Era, a global technology media outlet. The list includes COOs from a wide variety of organizations worldwide. 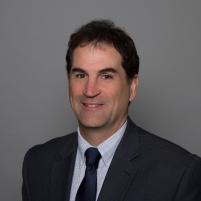 Since joining the Pennsylvania Biotechnology Center (PABC) in 2014, Kassa has led the PABC to become one of the nation’s leading life sciences incubators, according to a report by the International Business Innovation Association.

The PABC is a nonprofit that offers state-of-the-art laboratory and office space to early stage biotech companies, as well as the Hepatitis B Foundation and Blumberg Institute. With more than 70 member companies, the center is home to 41 small to mid-size science, research and biotechnology companies. The PABC has been at full capacity for the past seven years and there is a waiting list of companies that want to locate in the PABC, Kassa said.

“We have a very specific ecosystem and services platform that helps entrepreneurs find a path for success,” Kassa said. “Most incubators are run by universities or for-profit businesses, but at the heart of our center are two nonprofits, the Hepatitis B Foundation and the Blumberg Institute.”

The PABC uses a highly successful services-based approach to nurture and guide its member companies to success. A fundamental element is the center’s unusually collaborative environment.

“A unique aspect of our ecosystem is that we don’t kick companies out simply because they’ve grown to a certain point,” Kassa said, “Instead, we really try to have senior companies in our ecosystems that actually help the small companies with co-collaboration.”

One of those senior companies is FlowMetric Life Sciences Inc., a contract research organization that has grown from a small startup 10 years ago to a global operation with more than 45 employees and lab operations here and in Europe. Renold J. Capocasale is its founder and CEO.

“We chose to put our headquarters in the Pennsylvania Biotechnology Center a decade ago for three reasons: its strategic location, cross-company collaborations and excellent services,” Capocasale said. “Lou Kassa is one of the major reasons that we have decided to continue to grow here at the center."

When the PABC opens its new 37,000 square-foot building next fall, FlowMetric Life Sciences will be the primary occupant. The company also plans to open a new lab and offices next year in Adelaide, Australia.

The PABC’s new building is the centerpiece of a $19 million expansion that began last summer and will be completed next October, Kassa said. The two-story, rectangular building going up between two existing structures will mean 40% more space at the PABC. It will provide 15,000 square feet of new laboratory space and a larger main entrance. Other features include more offices, conference rooms and a 200-seat event space.

“We’re full steam ahead,” Kassa said. “And I firmly believe we’re going to be at 100% occupancy when we open our new building next October.”

It is estimated that the expansion will lead to additional jobs at the facility, perhaps greater than 100, plus dozens of new companies and millions of dollars in commercial activity. Pennsylvania Gov. Tom Wolf recently approved a $430,000 grant to the center to renovate space for new labs, offices and instructional space to accommodate COVID-19 research and development.

An additional factor that makes the PABC different than most incubators is the academic programming on site. Overseen by the Blumberg Institute, which has 28 scientists on its faculty, there are educational programs for university undergrads, graduate students and local high school students. Many take advantage of the opportunity for hands-on experience with researchers at PABC-member companies and in Blumberg Institute labs.

A resident of Perkasie, Kassa earned a bachelor’s degree in liberal arts from Penn State University Park in 1993 and worked in behavioral health social services for over 20 years. He received a Master of Public Administration from Villanova University in 2007.

About the Pennsylvania Biotechnology Center (PABC): PABC is a nonprofit life sciences incubator-accelerator, offering state-of-the-art laboratory and office space to early stage biotech companies, as well as the Hepatitis B Foundation and Blumberg Institute. Managed by the Institute and led by a board appointed by the Foundation, PABC is home to more than 40 small to mid-size science, research and pharmaceutical companies. The center uses a highly successful services-based approach to nurture and guide its member companies to success, advancing biotechnology, maximizing synergies among nonprofit scientists and their commercial colleagues, and launching new ideas and discoveries that will make a difference. PABC is in Bucks County, in the heart of the Philadelphia-New Jersey pharma belt. To make a donation to the PABC, click here.