Prof. Stephan Urban led development of the first treatment for hepatitis D, an often-fatal infection for millions of people worldwide. 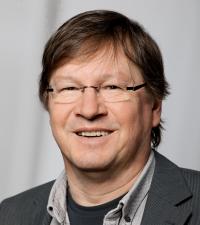 Dr. Urban developed bulevirtide (brand name Hepcludex), a new and effective first-in-class drug approved in Europe treat hepatitis D, which is a serious coinfection that only exists in combination with hepatitis B. Developed by Dr. Urban and his team at Heidelberg University Hospital, bulevirtide blocks the entry of the hepatitis B and hepatitis D viruses into the liver cell. Hepcludex, the first commercial formulation of bulevirtide, was approved by the European Commission in July 2020.

Studies have estimated that 12 to 74 million people carrying the hepatitis B virus have been coinfected with hepatitis D virus (HDV) worldwide. Chronic HDV infection results in often fatal complications and a higher risk of liver cancer.

The Blumberg Prize will be presented to Dr. Urban at the 2023 Hepatitis B Foundation Gala, which will be held on March 10 at the Warrington in Warrington, Pa.

Timothy M. Block, PhD, co-founder of the Hepatitis B Foundation and a virologist who is one of the world’s leading experts on hepatitis B, said: “Prof. Urban is one of the world’s most innovative and creative scientists, taking an idea for a drug from concept all the way to practice, where it’s now being used to treat people. Honoring this kind of accomplishment is exactly what we intended for the Blumberg Prize.”

Prof. Urban is head of Translational Virology in the Department of Infectious Diseases, Molecular Virology, at Heidelberg University Hospital. He also is Project Coordinator for the DZIF (German Center for Infection research) TTU Hepatitis Program. Prof. Urban was awarded with the DZIF Research Award in 2014, received the Pettenkofer Prize in 2011, the distinguished award in Hepatitis B Virus research in 2021 and the Wolfgang Gerok prize in 2022.

Prof. Urban’s research interests include molecular mechanisms of hepatitis B and hepatitis D virus/host interactions with a focus on the early and late events of viral infection; identification of hepadnaviral receptors and structural analyses of virus receptor interactions; development of novel cell culture systems for HBV and HDV; clinical development of entry inhibitors for HBV and HDV infection; and analyses of innate immune responses upon HBV and HDV infection.

Prof. Urban completed his Diploma in Biochemistry at the University of Tübingen in 1991 and was awarded a doctorate in 1995 under Prof. P.H. Hofschneider at the Max-Planck-Institut für Biochemie, Martinsried. He conducted postdoctoral research at the Centre for Molecular Biology, Heidelberg University, with Prof. H. Schaller and became an independent group leader in the department of molecular virology headed by Prof. Ralf Bartenschlager.