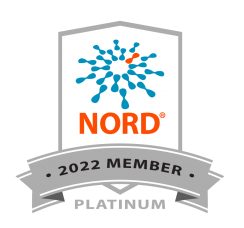 In the United States, hepatitis delta is estimated to affect approximately 5-10% of people already living with chronic hepatitis B, correlating to fewer than 250,000 coinfections, and classifying it as a rare disease by the National Institutes of Health (NIH). Hepatitis B and delta coinfection is more common in certain parts of the world including Mongolia, Romania, Russia, India, Pakistan, the Middle East, Georgia, Turkey, West and Central Africa, and the Amazonian river basin. Globally 15-20 million people are thought to be affected, although a recent meta-analysis suggested there may be as many as 62–72 million coinfections.

The risk of progression to cirrhosis, including the risk of liver cancer, need for liver transplant, and death is in the 70% range.

There are at least 8 different types of hepatitis delta, called “genotypes,” which are associated with distinct disease progression. In general, a more severe disease occurs in genotypes 1 and 3, and a milder disease in genotype 2. Although a single genotype tends to dominate in an infected person, multiple genotypes can occur in those at high risk for repeated exposure to the virus.

Prevalence and Genotypes of Hepatitis D Around the World 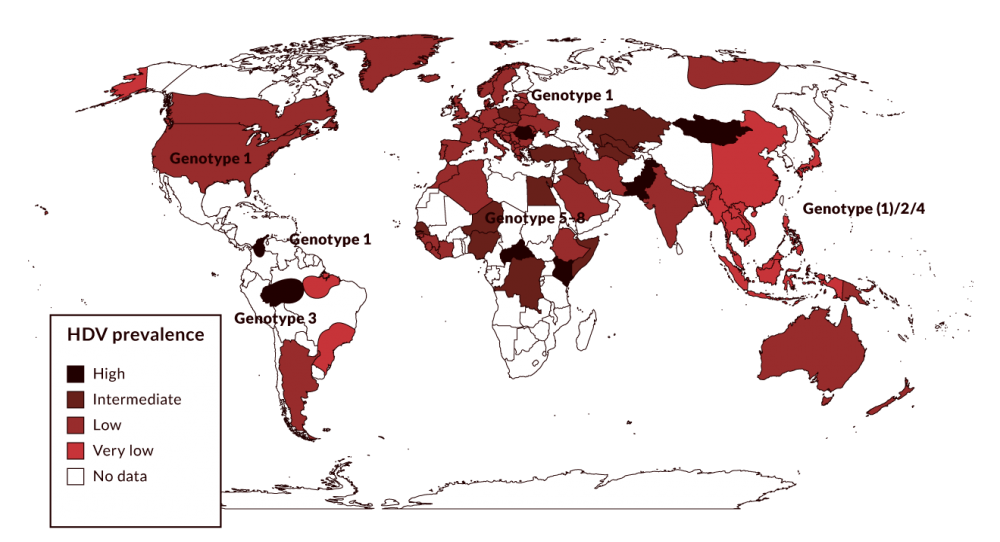 Genotype testing for hepatitis delta is available from the Centers for Disease Control and Prevention (CDC).