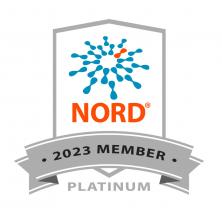 Drugs in Development for Hepatitis Delta:

Pegylated interferon alpha has been used as an off-label treatment for CHD since 1980. Viral response rates typically range between 25 and 30% with this treatment. International guidelines recommend a treatment duration of 48 weeks. A high relapse rate and severe side effects with INF-α make the study of alternative treatments timely and critical.

Hepcludex (generic name bulevirtide) is an “entry inhibitor” that works by stopping the hepatitis delta virus from entering and infecting hepatocytes (liver cells), and breaking the cycle of reinfection. It has shown activity against the hepatitis B virus, and in July 2020 was approved by the European Commission for prescription in Europe, including Russia and the former Soviet Union, as the first effective hepatitis D drug in the world. In September 2020, it was launched in Germany, France, and Austria. In November 2021, Gilead Sciences filed a Biologics License Application with the FDA for approval of the drug in the United States. In November of 2022, this application was not approved, but this was related to concerns about the manufacture and delivery of the drug, rather than its clinical efficacy or safety, so hopes are high that the application will be re-submitted quickly and approved in 2023. Studies have also shown promise for Hepcludex when combined with PEG-IFN in reducing hepatitis delta viral levels. Gilead Sciences, Inc. is still conducting Phase III clinical trials, which are no longer recruiting patients, to investigate the long-term effects of Hepcludex. These studies have shown the achievement of significant response for HDV at 48 weeks. This drug has been granted PRIME Eligibility by the EMA, Breakthrough Therapy and Orphan Drug Designation by the FDA, and Promising Innovative Medicine Designation by the British MHRA.

Pegylated-Interferon-Lambda is a type III interferon that works by activating the body's own immune system to fight the virus. Research has shown the ability of combination therapy with ritonavir and Lonafarnib to reduce hepatitis delta virus levels and Eiger BioPharmaceuticals is currently enrolling participants in its Phase III LIMT-2 Study. PEG-IFN-λ has been granted Breakthrough Therapy and Fast Track Designation by the FDA, and Orphan Drug Designation by the FDA and EMA.

JNJ 3989 is an RNA interference compound that works by targeting transcription of viral RNA, specifically those deriving from HBV cccDNA (this stands for closed covalent circular DNA, a unique DNA structure that forms in response to infection of a cell), which could also impact HDV infection. So far, only HBV monoinfected participants have been included in clinical trials. The results of these trials, in which JNJ-3989 was combined with a treatment like Entecavir or Tenofovir, were very promising and indicated a rapid decline in HBsAg levels. A new phase II study is currently recruiting, and evaluating the safety and efficacy of JNJ-3989 in people who are co-infected with HDV.

REP 2139-Mg is a "nucleic acid-based amphipathic polymer (NAP)" that works by preventing infected liver cells from releasing hepatitis B virus into healthy liver cells. It is being evaluated for use in combination with PEG-IFN and Tenofovir. A study indicated that this combination treatment lowered HBsAg levels, HBV DNA, and HDV RNA in some patients. Planning for Phase II trials for this drug in Europe is currently in progress.

Vir 2218 is an HBV-targeted SiRNA that has the potential to stimulate an effective immune response and demonstrate direct antivial activity against HBV and HDV. Vir 3434 is a monoclonal antibody that targets HBsAg and is designed to remove HBV and HDV virus from the blood and block the entry of these viruses into liver cells. A phase 2 study of both of these drugs is currently recruiting participants.

P1101 is an immune response stimulator that has been shown to be effective in treatment of a rare blood disease called Essential Thrombocythemia. This drug, along with the drug anti-PD1, which falls into a group of drugs that assists the immune system in fighting off some types of cancers, is being evaluated to test its effectiveness in fighting off chronic hepatitis B and D infection. It is hoped that these drugs will help to achieve loss of HBsAg and ALT normalization. A phase 1 study of this drug combination is currently recruiting participants.

These drugs are in the very early stages and have not yet been named - they are both in development by Assembly Biosciences and will work to prevent HDV and HBV from entering healthy liver cells by blocking receptor mechanisms on the healthy cells.

GI-18000 is an "immune response stimulator" that works by causing the host's T-cells to target and fight the infected liver cells.