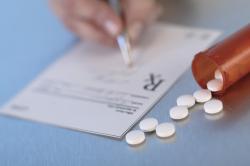 When the Patient Protection and Affordable Care Act, commonly known as the Affordable Care Act (ACA), was passed in 2010, it included consumer protections against discrimination from health insurance companies. Through the Essential Health Benefits (EHB) requirement of the ACA and the non-discrimination provision (Section 1557), federal law states that it is illegal for companies to include a benefit design in their insurance plans that discriminate against individuals based upon their age, disability, gender, health conditions, and numerous other factors that will have the effect of discouraging the enrollment of individuals with significant health needs. Despite the provisions of the Affordable Care Act, insurance companies across the United States are participating in a discriminatory practice called adverse drug tiering. Adverse drug tiering happens when health insurance companies use tactics such as placing all or most medications that treat a specific condition on the pricing highest tiers or implement high cost-shares for treatment. Oftentimes, individuals with pre-existing chronic conditions like hepatitis B are forced to bear the burden of adverse drug tiering. Other tactics used are coinsurance-based cost-sharing designs and making patients regularly seek physician approval - called prior authorization- to access medications for hepatitis B. All of these methods are designed to place the majority of medication costs upon the consumer and/or discourage individuals with pre-existing conditions from enrolling in a health plan. Under the ACA, adverse drug tiering practices are discriminatory and illegal.

What we are doing

The Hepatitis B Foundation is currently in the process of analyzing access to hepatitis B treatments in health insurance plans participating in federally-facilitated marketplaces for several states. Once a sufficient number of analyses are complete, the Hepatitis B Foundation will work with partners to take strategic actions against discriminatory insurers in order to hold them accountable and to establish a national precedent that affordable hepatitis B treatment is a right. Without affordable options, chronic hepatitis B patients may stop taking medication, which increases their risk of developing cirrhosis or liver cancer. It also discourages people who may be at risk from getting tested and into care.

Our methodology is based upon a similar analysis of HIV/AIDS medications. In 2014, the AIDS Institute analyzed health insurance plans in the federal insurance marketplace for 12 states and found many of the same issues that we are observing with hepatitis B treatment today. The AIDS Institute and the National Health Law Program filed a joint complaint on both a state and federal level to encourage insurers to change their policies. The case gained national attention and brought awareness to the issue.

What to Do if You are Facing Discrimination

Drug access discrimination comes in many forms including, but not limited to:

If you believe that your insurance company is discriminating against chronic hepatitis B patients, you can contact the Hepatitis B Foundation and file a complaint with your state’s Bureau of Insurance and the U.S. Department of Health and Human Services Office of Civil Rights.  States are the regulatory body for health insurance companies, so it is important to make them aware of the issue.