Co-Founder and Former President, Chair of the Board 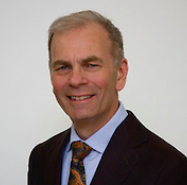 Dr. Block stepped down as president in July, 2022 but he is still actively participating in the leadership of the Foundation, the Blumberg Institute, and PABC. He now chairs the Board of Directors for all three organizations. Read more about this transition here.

The three nonprofit organizations share a campus in Doylestown, Pa. Dr. Block resides in Doylestown with his wife Joan, a registered nurse and Hepatitis B Foundation co-founder and board member emeritus.

Internationally recognized for his outstanding scholarship and scientific contributions, Dr. Block has been engaged in viral hepatitis research for more than 30 years. He has been a member of the faculty at Thomas Jefferson University (1984-2005) and the Drexel University School of Medicine (2005-2015). He is an adjunct professor at Geisinger Commonwealth School of Medicine and the University of Pennsylvania's Perelman School of Medicine.

Dr. Block holds more than 20 patents and has co-authored more than 240 scholarly papers.

Joan and Tim Block were honored in 2020 by the American Association for the Study of Liver Diseases with its inaugural Distinguished Advocacy Service Award, which “recognizes service provided to the hepatology community over an extended period that raises awareness or garners public and federal legislative support and promotes liver health and quality patient care.”

Dr. Block’s many honors include being elected as a Fellow of the American Association for the Advancement of Science and being named a Fellow of the Glycobiology Institute of the University of Oxford.

He was named a “Visionary in Hepatitis” by the World Hepatitis Alliance in 2017 and a Fellow of the American Association for the Study of Liver Diseases in 2022.

Dr. Block was inducted in 2017 as a National Academy of Inventors Fellow; and named “One of 100 Most Inspiring People in the Life-Sciences Industry” by PharmaVoice (2011). He has also received “Distinguished Service Recognition” from the National Cancer Institute’s Early Detection Research Network and a “Special Citation” from the U.S. House of Representatives in recognition of “Outstanding Achievements.”  Dr. Block received an honorary Medical Doctorate and was elected to the Bulgarian Academy of Medicine; named “Judges’ Choice of the Year” by the Philadelphia Business Journal’s Inaugural Life Sciences Awards (2010); named Philadelphia Business Journal’s Power 100 List (2019); and received a Lifetime Achievement Award from the Central Bucks Chamber of Commerce for his humanitarian efforts in addressing the global health problem of hepatitis B.

A principal investigator on numerous grants from the National Institutes of Health (NIH), Dr. Block serves on several NIH study sections. He is an elected Fellow, International Union Against Cancer; Fellow of the American Association for the Advancement of Science; and Fellow of the Glycobiology Institute of the University of Oxford.

Dr. Block received his Ph.D. in Biochemistry from the State University of New York Buffalo and completed his post-doctoral training at Princeton University.