DOYLESTOWN, Pa. (May 2015) – The 2015 Crystal Ball, hosted by the Hepatitis B Foundation (www.hepb.org), raised $110,000 to benefit their global research, outreach and patient advocacy programs. The gala evening included dancing, a live and silent auction, and awards ceremony that attracted hundreds of supporters.

Dr. Eugene Schiff, Director of the Schiff Center for Liver Diseases at the University of Miami Miller School of Medicine, was awarded the 2015 Baruch S. Blumberg Prize, the highest scientific honor that the foundation confers, for his pioneering work in hepatitis B and its medical management. Dr. Timothy Block, president of the Blumberg Institute, presented the honor to Dr. Schiff along with Mrs. Jean Blumberg and her daughter, Anne Blumberg.

Joel Rosen, managing partner of High Schwartz LLP and chairman of the board of the Hepatitis B Foundation also presented the 2015 Community Commitment Award to Drs. Bruce and Cyndie Maryanoff, of the Baruch S. Blumberg Institute. The Maryanoffs, who live in New Hope, Pa., are distinguished scientists who have provided dedicated service to the scientific community and generous support to their local community. 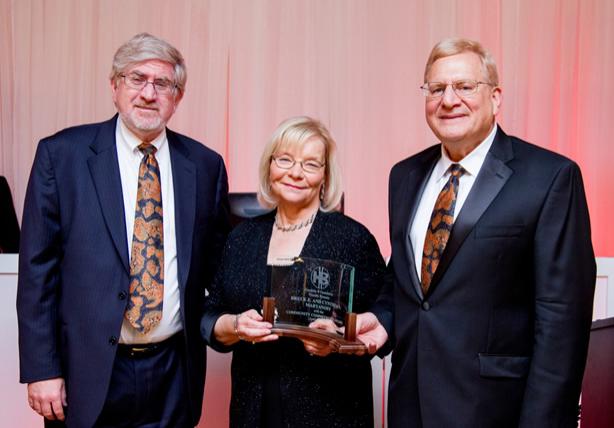 The prizes awarded tonight demonstrate our recognition of and appreciation for the outstanding contributions Dr. Schiff and Drs. Bruce and Cyndie Maryanoff have made toward medicine and their respective communities,” Block said. “On behalf of the Hepatitis B Foundation, I’d like to thank our honorees and guests for helping us further our mission of developing therapies to combat hepatitis B and improve the lives of those affected worldwide.”